The Conversation on The Daily Grind Movement

On The Conversation tonight, our featured topic will focus on Domestic Violence. Domestic Violence Awareness month began October 1981 and supporters advocated for women and children who were victims of such abuse. In 2015, we now know that domestic violence impacts women, men, and children of every age, background, and belief. Nearly 1 in 4 women and 1 in 7 men in the United States have suffered severe physical violence by an intimate partner. Victims are deprived of their au 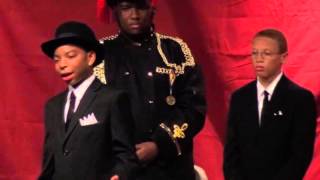 Both Kaliek and Stephen's main objective is to passionately use theater to showcase “art with a purpose” as both an intervention and preventative tool for youth whose childhoods are at risk.

Thank You for making LEGACY a success!!!